The Mime Radio Show is touring their signature live show, and offering workshops in mime, clown, mask and movement. Book them now!

- Video from the 2022 Chicago show coming soon! -
About the artists:

JAMES DONLON is a wise old mime having performed and taught all over the world for 52 years. His unique style has been studied by Oscar winning actors, circus clowns, vaudevillians, and in the planet's best drama schools. James is the Co-Host of the Mime Radio Show podcast. The NY Times called him "An extraordinary blend of skill & lunacy." 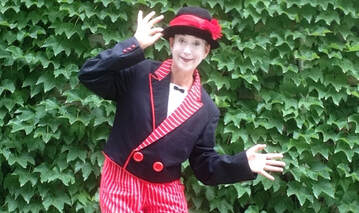 KAREN HOYER spent her childhood working out ways to make her father laugh! Not gifted with her mother’s operatic voice or her father’s resonant radio announcer voice, she was destined to be a mime – and a clown. She performs and teaches the arts of mime, clown, mask, puppetry, music, and movement. 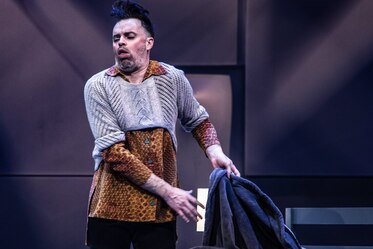 MICHAEL DIAS (he/him/his) is an actor, theatre-maker, educator and fight choreographer. He is a founding member of many devised theatre projects, including A Muse Zoo's clown/mask/mime show The Truth*, which toured the US and Canada to critical acclaim in 2018. 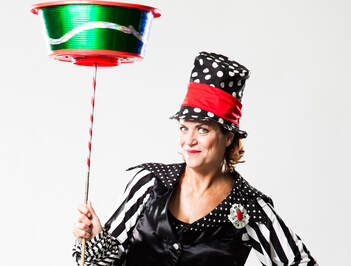 LIZ BOLICK is a mime, variety entertainer, juggler, visual artist, designer, puppeteer, and producer. She has written and performed original shows all over the world in every venue imaginable, basically because she forgot to get a real job. Her parents were greatly relieved when she finally became a doctor – the “Chief of Pedi-Hat-trics” Dr. Sneakers for The Big Apple Circus Clown Care Unit, Healthy Humor, and Paul Newman’s’ Hole in the Wall Gang Camp. 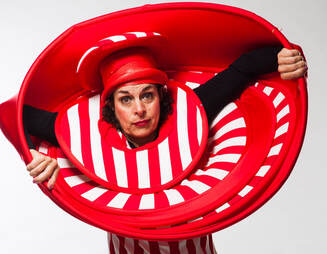 THERESE SCHORN is a graduate of The Fashion Institute of Technology in NYC. Then she decided to study mime and theater which made absolutely no sense, until the combination of her visual art, costume design and puppetry turned into true physical comedy magic. Therese has brought joy and laughter to hundred of kids as a “Dr. of Delight” throughout hospitals in the NYC area with the Big Apple Circus Clown Care Unit , Healthy Humor, and Paul Newman’s Hole in the Wall Gang Camps in the US and Europe. 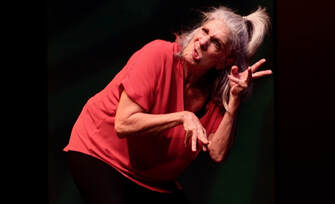 ALINA CENAL is a Cuban American actress, dancer, director, teacher, and producer with over 40 years of experience, she has been making people laugh all her life. Her one woman show WORDS FROM A CUBAN FATHER is a dynamic bilingual immigrant story incorporating dance, mime, and physical theater. Teaching children life skills through the magic of theater has been the center of Alina’s work. She is the newest member of BoxTales' children theater company.