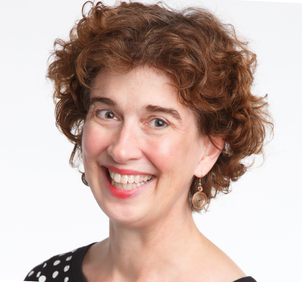 With extensive and on-going training in mime, Karen Hoyer is a physical theater artist grounded in exploring the expressive body as an instrument of storytelling and empathetic communication.  She  performs, teaches, and creates work in the genres of mime, clown, puppetry, masks, and movement theatre.
​
As Artistic Director/Co-founder of Partners in Mime, Inc. she performed in hundreds of schools in the midwest and toured Mexico with her one woman show "Apparent Appearances" for the IX Encuentro Internacional y Festival Internacional de Pantomima. She is a founding member of the Chicago Healthy Humor professional clown doctors (formerly Big Apple Circus Clown Care Unit) and of Vaudeville Chicago, a unique performance company that tours nursing homes.  Renowned author John Towsen included Karen in “A Gallery of Contemporary Clown Women” featured in his “All Fall Down” blogopedia (www.physicalcomedy.blogspot.com).  In a more theatrical vein, the Lyric Opera of Chicago featured her as one of three lip-synching bungee flying Rhinemaidens in Richard Wagner's Das Rhinegold in 1995 and again in 2004. She studied with Sigfrido Aguilar at the Estudio Busqueda de Pantomima Teatro, and with James Donlon at North Carolina School of the Arts where she got her BFA in drama. Then in 2014, life came full circle when she created and performed Circo de tu Corazon with James Donlon and Alina Cenal for the inaugural Physical Festival of Chicago. Hoyer’s mime and physical movement classes have been featured in many schools and colleges such as Roosevelt University, UIC, and Columbia College not to mention Ringling Brothers Clown College and Mooseburger Clown Arts, plus ongoing teaching and performing with World Clown Association. She lives in Chicago, Illinois, USA. 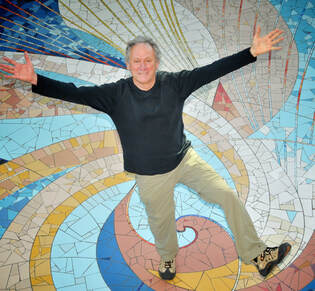 James Donlon has been a celebrated international performer, master teacher,  and director of mime and physical theatre since 1970. For the last 51 years Donlon has performed his original solo programs throughout North America, Europe, and Latin America to enthusiastic audiences. James is the only physical theatre artist invited to perform with legendary American mime Robert Shields. He is the first American mime-clown to perform in the famed Teatro Dimitri of  Switzerland. The New York Times has called Donlon’s work "an extraordinary  blend of skill and lunacy”.
​
James Donlon has been on the faculties of acting schools such as The American  Conservatory Theater, The University of North Carolina School of the Arts, The National Theatre Conservatory-Denver Center, The Yale School of Drama, UC Santa Barbara, UC-San Diego, and the Oregon Center for the Arts. Mr. Donlon  has presented residencies with special institutions like El Teatro Campesino, Mexico City's Bellas Artes, Prague's national Academy of Performing Arts  (AMU), and Dublin's Gaiety School of Acting. He was film movement coach for  Oscar winners Javier Bardem, Kathy Bates and Frances McDormand. James  created TV fight choreography for Linda Ronstadt. Among his former students  are legendary Broadway musical star Terrence Mann, Tony award winner Bill Irwin, and Hollywood writer Noah Harpster (A Beautiful Day in the  Neighborhood). 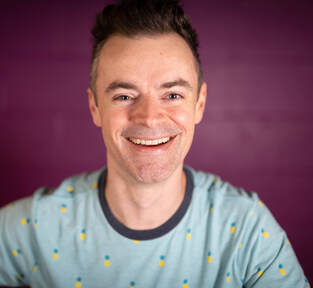 Michael Dias began his performance career as a martial artist where he discovered the rush of a live performance where everything can go wrong (which he eventually learned was a good thing). He earned his BFA from UC Santa Barbara's acting program, where he began learning mime and physical theatre from James Donlon. Michael moved to Los Angeles, where he created many devised theatre productions implementing mask, mime, clowning and physical comedy. He was a founding member of Monster Party Republic, a sketch comedy troupe that performed on numerous LA stages. For nearly 10 years, he performed with the award-winning Kaiser Permanente's Educational Theatre for at-risk communities where he learned to blend his passion for social justice with his love for performance.

Michael continued to build his arsenal of physical theatre skills and co-founded A Muse Zoo in 2017, where he developed an ensemble-driven show The Truth* which toured the US and Canada. He recently earned his MFA in acting from Ohio University, where he taught courses in Physical Theatre, Acting and Theatre in Education, in addition to mime and mask workshops to the performance students.
​
​Website: www.michaeldias.com